I played second base my entire baseball career because I supposedly couldn’t make the throw across the diamond from third base. Am I projecting here? Possibly. But only slightly. It was definitely the reason I was put there initially. I wonder what justification my coach gave himself after I threw out a runner at third from my knees on the outfield grass. Which would have been farther throw across the diamond. Hmmm, I wonder? I’ll choose to believe the reason I stayed at second base was because I was good and knew how to play it.

Ultimately, I grew to love the position. I mean, it was future first-ballot MLB Hall of Famer Ryne Sandberg’s spot for the Cubs his entire baseball career. I wore his glove my entire baseball career. I like to think it served me well. Only some resentment came to the surface when, in high school, I switched to softball and had to play second base. I had been the starting shortstop on my Little League softball team. What gives?!

I get it, the starting shortstop for our school was a senior, and even more importantly, very good. I would be there the next year once she was gone. And I was. Until senior year, when I had to switch back to second. I’m sorry, what? Ooph. Feathers ruffled. Confidence gone. Walls high. It wasn’t until years later when I became a coach (and got over myself) that I fully realized having me at second base was strategically the best move possible. Hitters couldn’t get around on our pitcher and were always late, thereby consistently hitting the ball to… yup, second base. Duh! I feel so stupid now. But try rationalizing with a teenage girl. They’re/we’re the worst. Having been one and coached many, I can say this without fault.

But that’s my point. I grew up thinking and believing that one spot on the field was less than because some adult made a decision based on nothing but his own beliefs. Yes, some positions are better suited for a certain type of player with a specific skill set. Center fielders tend to be fast. Catchers tend to be slower or bigger physically. A first baseperson tends to be a lefty. The main difference between second base and short stop? The throwing distance.

This is what years of being told, through actions and words, can do to a young girl. It made me feel like playing second base was being a second class citizen. I wasn’t good enough for any other position where they might actually hit the ball. My arm wasn’t strong enough to make the throw from anywhere else but the closest possible place to the generally “easy” out at first base. In youth baseball lore it’s only slightly better than being stuck in right field.

Which, in Little League, most definitely is a thing. But when it comes to softball, nope, right field is key - you can gun a hitter down at first base if you have a strong enough arm. You can catch a slap-hit before it hits the ground if you’re fast enough. And in higher levels of baseball, there is nowhere to hide.

It took years for me to not only come to terms with, but enjoy, playing second base. I was so conditioned to believe it was inferior that until I took a step back, did I see that there is so much to nuance to the position: covering first on a bunt, turning a double play, the quick throw needed to gun a runner down at the plate because they will always try to score when it's hit to you. Do I think my male Little League coaches thought about this when they put me there? No. Absolutely not. But that doesn't diminish my respect for the position and the joy I ultimately found in playing it, at least not now.

In the future, when little girls are playing baseball with little boys maybe let’s judge them on their merit and skill, huh? Or better yet, let everyone play every position to see where they shine. They might surprise you. 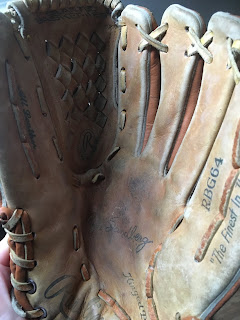 When was a time in your sports carer you had to prove your worth just to be on equal footing? Share in the comments below.

Bob Seger Has Nothing To Do With These Silver Bullets